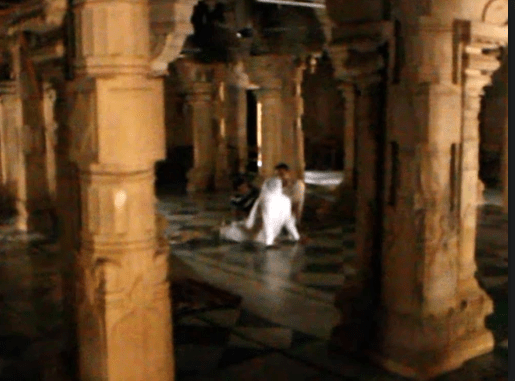 Jinn Mosque is a historical mosque in Bangladesh called ‘Jinn Mosque’ is located at Raipur upazila in Lakshmipur district. The mosque is so attractive and different that a lot of people from different districts visit the site to see its extraordinary architecture. The mosque was built about 204 years back. Local people believe it was constructed by some pious jinns (genies), and thus, call it by name ‘Jinn Mosque’, though a stone plaque indicates its name as Masjid-e-Jameye Abdullah, or Maulana Abdullah Mosque. Below you can know more about A Historical Jinn Mosque in Bangladesh,Laksmipur District, Raipur Upazila. In the early 19th Century, chars (shoals) in the Meghna estuary at Raipur were a populated area. From time to time, hermits or ascetics from different countries used to come there and it is said the place was a religious centre. At that time, a spiritual person called Maulana Abdullah was born at Raipur in 1828. After completing primary school, Abdullah left the country for India for higher education. He got admitted to Darul Uloom Deoband, an Islamic school in Uttar Pradesh. He studied Arabic there for 17 years, and came in close contact with many renowned religious teachers.

While returning home from India, he stayed in Delhi for some days and saw the Delhi Jama Masjid. He was enchanted by the beautiful architecture of the 17th century Mughal mosque and dreamed of building a similar structure in Bangladesh.

To materialise his dream, he constructed a mosque just like the one in Delhi. According to the locals, it was built in 1888. It has a 25-ft high minaret or tower. There are three ‘secret’ prayer cubicles, situated 20 feet below the mosque. Abdullah would always remain in meditation to Allah in one of the concealed rooms in the basement.

It is believed the maulana had some jinns as disciples who helped him in building the mosque at the dead of night. And that’s why the ancient mosque is widely known as ‘Jinn Mosque’.

Folklore says the jinns would bathe in the pond of the mosque. They would regularly pray inside the mosque and perform zikir (religious chanting), which villagers could hear from afar.

The mosque stands at a place south of Peer Foiz Ullah, about 800 metres east of town. It is worth visiting the wonderful heritage of Laxmipur (Raipur) in Greater Noakhali.

Note that in Macca have another famous Jinn mosque which story line nearly same of this story.The mosque is built at the place where a group of jinn are said to have gathered one night to hear the recitation of a portion of the Quran by Muhammad.Muhammad later met there with these jinn’s leaders and accepted their embrace of Islam and their bay’ah (oath of allegiance) to him.The incident is mentioned in chapter al-Jinn of the Quran.The mosque is considered one of the oldest in Mecca and is one of the most important mosques visited in the city.

In all circumstances of Islam’s history you could believe that Raipur’s jinn masque build by a group of jinn.