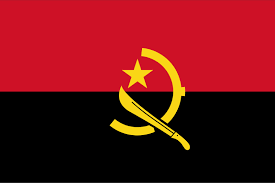 For most people, Angola is one of Africa’s last great travel mysteries. Despite its elemental landscapes and boom bust oil dependent economy, the country remains closed off to all but the most adventurous travelers thanks to stringent visa policies, high prices and a history that’s been more about war than peace. Angola is a South African country whose diverse terrain encompasses tropical Atlantic shores, a labyrinthine network of rivers and Sub-Saharan desert that extends across the border to Namibia.  The colonial history of the country is reflected in its landmarks and its cuisine including Fortaleza de São Miguel, a fortress built by the Portuguese from 1576 to defend Luanda, the capital.

Bangladeshi citizens require a visa to enter Angola. There is no Consulate or Embassy of Angola in Dhaka, nearest is in New Delhi, India. Check our another visa related post.

But if you have all the below documents, Travelzoo! will provide you the Processing / Logistics support to have your visa stamped (Visa Processing charge applicable). You do not need to visit the embassy in New Delhi, India to process your visa.

Note: A 30-day visa is available, which must be used with 60 days of being granted, and which can be twice extended in Angola for additional 30-day periods. Angola requires that passports are valid for 9 months after the date of issue.

# We also process Work, Residence & Dependent visa for Angola and provide document attestation service from Angolan Embassy. Call us if you need those category visas and attestation.

Disclaimer: Before your payments contact us via email (myvisaapplicationinfo@gmail.com) or WhatsApp at (+88) 01978569293) , Airways Office only provide Visa logistics support with your documents. Visa grant is the distinct decision of embassy or consulate of the respective countries.