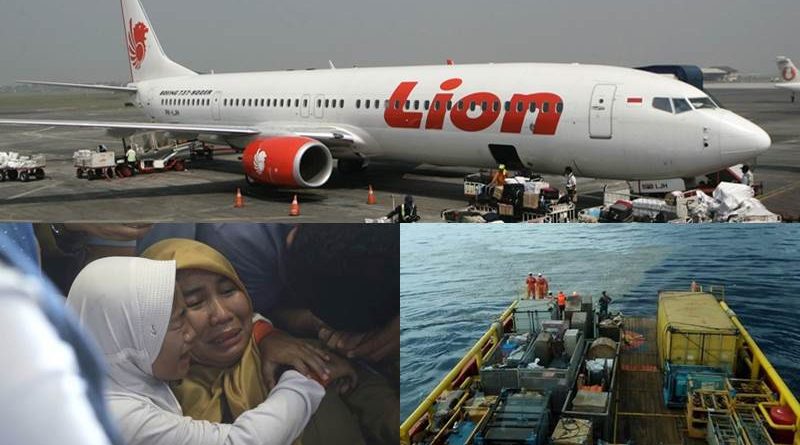 A Lion Air flight capable to carrying up to 189 passengers has been crashed during a short flight from the Indonesian capital Jakarta to Pangkal Pinang, according to Indonesia’s National Search and Rescue Agency.Oct 29.2018

Lion Air Flight crashes at Indonesia Jakarta happened at morning which break so many people hearts and A speakers for the low-cost carrier confirmed that it had lost contact with Lion Air flight JT 610 Monday morning, local time.
The plane had been due to land around 7.00 am local time in Pangkal Pinan, the largest city on the Indonesian island of Bangka.The plane lost contact 15 minutes after takeoff, according to the official. The jet was a Boeing 737 MAX 8, according to air tracking service Flightradar 24.