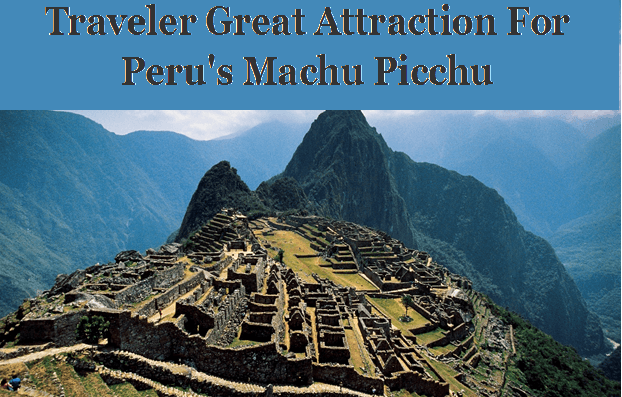 Considered one of the new ‘Seven Wonders of the World’.  Machu Picchu is the site of an ancient Inca city, high in the Andes of Peru. Located at 2,430m (8,000 ft). Most archaeologists believe that Machu Picchu was built as an estate for the Inca emperor Pachacuti.

Machu Picchu is often mistakenly referred to as the “Lost City of the Incas”. it is the most familiar icon of Inca civilization. The Incas built the estate around 1450 but abandoned it a century later at the time of the Spanish Conquest.

Although known locally, it was not known to the Spanish during the colonial period and remained unknown to the outside world until American historian Hiram Bingham brought it to international attention in 1911.

It was built in the classical Inca style, with polished dry-stone walls. Most of the outlying buildings have been reconstructed in order to give tourists a better idea of how they originally appeared. By 1976, thirty percent of Machu Picchu had been restored and restoration continues. Machu Picchu was declared a Peruvian Historical Sanctuary in 1981 and a UNESCO World Heritage Site in 1983. In 2007, Machu Picchu was voted one of the New Seven Wonders of the World in a worldwide Internet poll.

One of the most memorable ways to get to Machu Picchu is via the Inca Rail, which departs from Cusco or Ollantaytambo. The rail journey transports passengers through the spectacular views of the Sacred Valley’s countryside. Besides, who doesn’t love a majestic train ride?

The weather in Machu Picchu can be temperamental—sunny and warm one moment and gray and raining the next. Be sure to dress in layers, pack light, and bring waterproof jackets and gear. Enjoy the view and the few native llamas and alpacas that call Machu Picchu their home!

It was first built around the middle of the 15th century as a military fortress then later used as an estate for Inca royalty. People can explore Machu Picchu and see well-preserved buildings that include houses, temples, fountains, and baths in addition to agricultural terraces and evidence of an irrigation system. Machu Picchu is considered one of the new ‘Seven Wonders of the World’