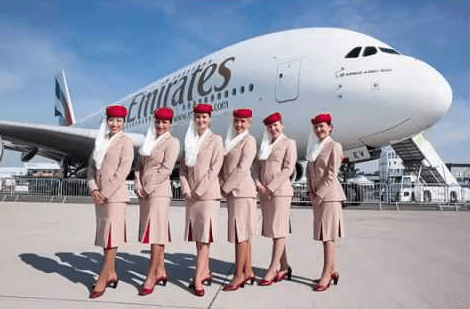 Scroll down to read more about these award-winning airlines …

Singapore Airlines is one of the most respected travel brands around the world. Flying one of the youngest aircraft fleets in the world to destinations spanning a network spread over six continents, the Singapore Girl is an internationally-recognisable icon providing the high standards of care and service that customers have come to expect of Singapore Airlines.

Japanese carrier, ANA All Nippon Airways is the 13th largest airline in the world by revenues (2013). Founded in 1952, ANA flies on 72 international routes and 115 domestic routes with a fleet of about 240 aircraft. ANA was the launch customer and biggest operator of the Boeing 787.

Founded in 1985, and flying out of Dubai with just two aircraft, Emirates now has a fleet of more than 230 aircraft, and currently fly to over 140 destinations in more than 80 countries around the world. The Emirates network is expanding constantly, with over 1,500 flights departing Dubai each week on their way to destinations on six continents

Voted Airline of the Year 2014, Cathay Pacific Airways has won the World’s Best Airline award four times. Cathay Pacific is a member of the oneworld global airline alliance. The Cathay Pacific Group, including Cathay Dragon operate more than 150 aircraft to 130 destinations across the globe.

EVA Air is the second largest Taiwanese airline, flying to over 40 international destinations in Asia, Australia, Europe, and North America. In June 2013, EVA became a Star Alliance member. The airline’s slogan is Sharing the World, Flying Together.

Lufthansa is the largest German airline and combined with its subsidiaries, it is the largest airline in Europe. Lufthansa operates a fleet of over 260 aircraft including the Boeing 747-8, with the A350 joining the fleet later in 2016. Lufthansa is one of the founding members of Star Alliance. .

Etihad Airways commenced operations in November 2003, and airline seeks to reflect the best of Arabian hospitality. The airline flies to destinations in the Middle East, Africa, Europe, Asia, Australia and the Americas, with a fleet of 117 Airbus and Boeing aircraft.

Hainan Airlines is a privately owned airline, the fourth largest carrier in China. Celebrating its 24th anniversary in 2017, Hainan Airlines is the only Chinese mainland carrier to be ranked as a 5-Star Airline. The main international hub is Beijing Airport, other hubs being Chengdu, Chingqing, Changsha, Xi’an and Shangai. Flying more than international and domestic routes, Hainan Airlines has a fleet of over 180 aircraft, including Boeing 787-9, Boeing 787-8, Boeing 767-300, Boeing 737-800, A330-200, A330-300, with a further 75 aircraft on order.